All of these texts are from Newsela. Remember – you can change the difficulty of the text to suit your level. 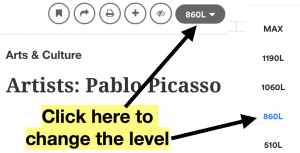 It should be easy! If you understand less than 90% of the words, it’s too difficult for you.